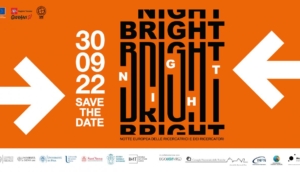 On 30.09.2022, teams from Scuola Superiore Sant’Anna and Consiglio Nazionale Della Ricerche have been scouting “intergalactic parliamentarians” to solve the most pressing legal challenges of the next 100 years. And what better parliamentarians than those who will be living then? Children and parents, participants of the discussion game Regolare Technologie che Regolano (“how to regulate technologies that regulate”), got to try it for themselves! 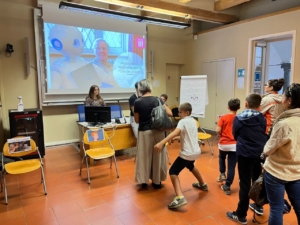 The ESRs joined efforts to deliver an electrifying interactive spectacle during the Bright Night – Night of the Researchers, as the discussion game gave participants a unique chance to learn about the regulatory aspects of new technologies while engaging in dynamic and family-friendly debates based on an idea of tug-of-war. Participants were presented with an idea or problem [“Should we install one thousand new CCTV cameras in Pisa?” “Should we restrict video game time to only three hours a week?” Should we provide housecare robots to all over 65ers?”] and then asked to express their opinion by moving around the room and placing themselves on one of the five sectors of the parliament (strongly in favor, in favor, not sure, in disagreement, strongly in disagreement). 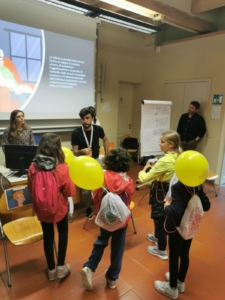 Participants were then confronted with a set of facts, based on real-life events, specifically picked to question their primitive opinions –and hopefully switch sides, repeatedly! According to the first goal of the game, this first part of the game was designed to make them reflect on how hard it is to regulate technologies, as the changing of context and use would significantly affect their “gut” opinions. After the round of facts was finished, teams were formed based on their positioning into one (Agree) or the other (Disagree) “hemisphere” of the parliament. Eventually, the two opposing sides clashed against each other in a heated and often unexpectedly funny debate about the pressing issues. Based on the outcomes of the debate, a final vote was cast, and the proposition was either adopted, abandoned, or modified to reach an agreement –the highlight of the game was when the kids stacked against their parents snatched the result to play 1.5 hours a day! 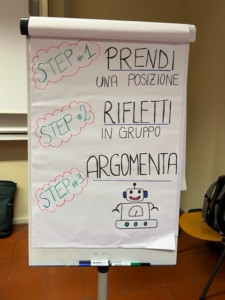 The procedure was so designed to reach goal 2 of the game, to critically evaluate facts and put forward the most convincing argumentation, and 3, to learn how democratic debates develop by mimicking the actual rules of parliamentary democracies (albeit – in a slightly simplified version).

The game lasted for more than 4 hours and dozens of participants debated over more than seven available topics that touched on different areas of regulatory challenges. Given h
how much attraction and enthusiasm the game has generated we expect reeditions in the upcoming years. 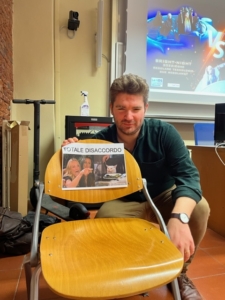