You are here: Home1 / concept 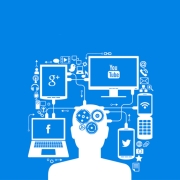 Of great importance for science is the development of definitions for many concepts related to information law. In particular, it is necessary to determine what information means, what is its legal regime. The importance of defining these concepts is associated with many factors, the main of which should be called the fact that information is becoming one of the main attributes of modern society, influencing politics, economics, cultural and social life. And especially this process concerns the legal system.

The entry of the Republic of Kazakhstan into the global digital community is a necessary condition for full-fledged international cooperation in all spheres. The information system of the Republic of Kazakhstan is becoming part of a single global information space in which it is possible to function effectively only if it relies on the creative use and further enrichment of the accumulated experience of organizing information processes by mankind.

Legal regulation of the information sphere in the Republic of Kazakhstan should be carried out comprehensively, on the basis of a competently developed scientific concept and regulatory framework that can take into account the current state of development of information processes in the republic from the standpoint of its tasks, functions, stages, features, development trends, etc. At the same time, these structural components of the information system should fit appropriately into the general context of the country’s strategic development course.

The concept of “information”, which can be called the key for a number of related categories, concentrates a whole range of relations, giving it the character of a phenomenon studied in various aspects by philosophy, law, sociology, economics, history, psychology, cultural studies.

The term “information” is derived from Lat. iformatio -(explanation, exposition), originally – information transmitted by people orally, in writing or in another way (using conditional signals, technical means, etc.); since the middle of the 20th century – a general scientific concept that includes the exchange of information between people, a person and an automaton, an automaton and an automaton; the exchange of signals in the animal and plant world; the transfer of signs from cell to cell, from organism to organism.

The inconsistency and volume of this term, the greatest unity of views has been achieved in determining the levels of information that can reflect the essence of this phenomenon and characterize it from three points of view: syntatics, semantics and pragmatics.

At the level of synthetics, information is considered as a set of signs and relations between them.

At the level of pragmatics, information is considered as a product created and used by people in specific circumstances. At the pragmatic level, the issues of the value and usefulness of information, i.e. its significance for specific individuals and society as a whole, are solved.

Of the listed levels of information, only pragmatics is interested in specific users of the information product and the area of public relations in which they participate. In other words, the pragmatic aspect characterizes the side of information that gives it the quality of good. In this respect, the pragmatic aspect of information, in contrast to the syntactic and semantic, should be recognized as legally significant, since it is the good, and not the relationship between signs and the objects designated by them, that is the category immanent to the concept of the object of rights.

Legal scholars are still trying to reveal the depth and essence of the legal nature of information, but in fact there is still no single recognized legal doctrine. This is explained by the complexity and versatility of information as a general social and legal education based on the interaction of a set of tangible and intangible benefits and their corresponding information legal relations. It can also be explained to a certain extent by the fact that in the conditions of growing interconnections of information with other areas of life, the concept of “information” has inevitably undergone significant changes.

In the process of scientific analysis, when developing a category of information, researchers focus on various aspects of this concept. So, according to Korshunov, “information is information (messages, data) regardless of the form of their presentation.” Also, the author, deepening the concept proposed by him, defines the totality of information contained in databases and information technologies and technical means providing its processing as an information system. However, this does not bring the proposed definition closer to the legal aspect.

It seems to me a more reasonable point of view, according to which information is characterized as an object of civil rights, but only in relation to part of the information not known to one person, several persons, an indefinite circle of persons.

But the question of the possibility of attributing well-known information to objects of civil rights remains unclear. However, it seems to me that there are no significant obstacles to recognizing it as such.

It should be noted that in modern science there is also no clear concept, differentiation and established relationship between the terms “information”, “information process”, “information system”, “information relations”, bearing, by and large, a different semantic message, but most often used to denote similar phenomena. Also puzzling is the fact of the total lack of interpretation of these fundamental concepts in the legislative acts of the Republic of Kazakhstan regulating this area. The legislator dispensed with specific and precise definitions, but at the same time constantly uses terms not explained by him in legislative acts. In this regard, there is a need for differentiation and more detailed clarification of the content of similar categories. First of all, I will try to formulate a definition of the information process and find out the relationship with other concepts bordering on it in meaning.

The word “process” means a sequential change of phenomena, states in the development of something, as well as a set of consecutive interrelated actions to achieve the desired result. It follows from this that, in an objective sense, the information process can be interpreted as a process related to the search, storage, transmission, processing and use of information.

In a subjective sense, the information process may imply a legally fixed relationship between two or more persons related to the transfer of knowledge (ideas, concepts, hypotheses, other information) aimed at the formation and further improvement of the behavior, awareness, skills, value system of these persons.

Moreover, it is possible to observe a directly proportional relationship between these phenomena, since the organization of the information process can become a reliable guarantee, and in some respects even a guarantee of the effective achievement of general social goals, the formation of the worldview of the personality of modern times. It can be concluded that even expressing a different purpose and scope of content, the concepts of information and the information process are very close and inextricably interrelated.

The essence of the second approach is that information relations are proposed to be understood as relations related to the search, receipt, transmission, production, distribution, transformation and consumption of information. It should be borne in mind that not every relationship that has developed in the information sphere can be subject to legal regulation. In this form, only those real social relations that are regulated by the norms of information legislation or artificially formed as a result of such regulation appear.

In connection with the above, there is a need to dwell on another important concept called the value of information, which is completely untouched in science, since the issue of introducing values into the information process has an enduring social significance. Today we have to admit that in many ways and through the informatization of society, a new understanding of the meaning of life and the purpose of a person, awareness of the prospects for future development and the desire for unity of actions aimed at achieving general humanitarian goals should be determined. The essence of a modern personality is largely determined by what system of values he adheres to, what motivates him to work, what goals he pursues. Not only the fate of the country, but also the future of humanity truly depends on this.

Distinctive characteristics that show the value of information are:

– universality of the ideas of the information society;

– openness of the information space, which expands the boundaries of human interaction (his value system) and new information;

– continuity of information transmission and consumption, focusing on the value of mastering the most essential, fundamental, sustainable knowledge underlying the scientific picture of the modern world and the global fundamental processes taking place in it.

In my opinion, the implementation of fundamental values in the information process is one of the strategic goals of today’s information society and objectively serves to form a new generation of people with innovative creative thinking, high ideological culture, highly qualified specialists with an ethically responsible attitude to the world.