From the 27th to the 1st of July 2022 the “7th Summer Academy for Global Privacy Law 2022: Engineering data regulation(s) in an age of reform” took place at the Vrije Universiteit Brussels – VUB, one of the LeADS beneficiaries. In a hybrid format, the Summer Academy focused on the EU data governance reform, emphasizing coherence, comprehensiveness, and effectiveness. ESRs Onntje Hinrichs and Barbara Lazarotto were on the organization team along with Lina Jasmontaite, Muhammed Dermican, and Michael Van den Poel. 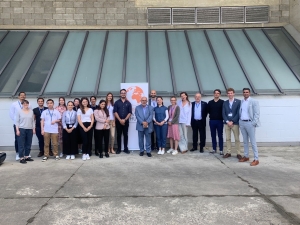 The program dedicated each day to a regulatory instrument, placing each regulatory text within its proper background and ecosystem, before analyzing its regulatory approach and (still draft) provisions. There was particular attention to the regulation’s relationship with specific aspects of the EU data protection law, particularly with the GDPR.

In the morning, participants attended lectures by selected speakers including internationally recognized academics, policymakers, data protection authorities, and civil society representatives. In the afternoon, they engaged in role-playing sessions focused on real-life possible applications of regulations. 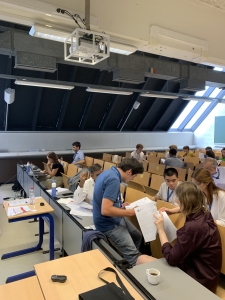 Barbara Lazarotto and Muhammed Dermican (Brussels Privacy Hub Managing Director and Ph.D. candidate) were the Lecturers of the Role-Playing Session named “Selling Books on Amazon: Why would you even need the DMA?”, which explored the relationship between the Digital Markets Act with the GDPR. The participants were divided into different groups that represented different roles such as Amazon Legal Team, NOYB, EDPS, DG Competition, and Publisher’s Law Firm, and had as objective to defend their interests facing an online market sale scenario. In the end, all participants discussed their points of view about the case, the DMA, and its connections with Competition Law and Data Privacy Law. 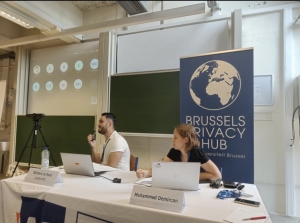 The Summer Academy ended by strengthening the understanding of the participants regarding the EU data governance reform and further questions that might appear in the future.

LeADS Training – Poster Session and the Transition from Theory to Practic...

Call for Papers – Digital Ethics: Insights into How Technology Shapes...
Scroll to top