From the 2nd– 5 September 2022 “Freedom not Fear” Conference took place in Brussels, Belgium, organized and funded by European activists with the aim of discussing the newest trends in digital rights in Europe. ESR Barbara Lazarotto attended the Conference as a participant, taking part in the discussions and networking with MEPs and other participants.

On the first day of the Conference, the topics discussed were the new European CSA Regulation, the collection of data by European Agencies such as Frontex and Europol, the impact of the AI Act on the banning of biometric surveillance apps such as Clearview, and the proposed new European Electronic Identity System, with the participation of EDRi Network, Statewatch, Epicenter.Works, and Digitalcourage. 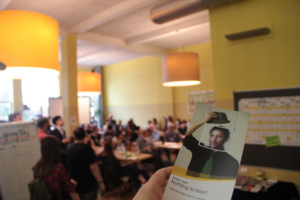 The second day had the participation of MEP Marcel Kolaja (member of the Pegasus Committee) to discuss the impacts and the measures against surveillance software such as Pegasus in fundamental rights. Assistants of MEP Patrick Breyer hosted a brainstorming session related to the impacts of ChatControl regulation. Amongst concurrent sessions about Data Retention, ESSIF, and eIDAS. In the afternoon, MEP Karen Melchior hosted a session related to the bad and the good opportunities of the new EU Digital Legislation. 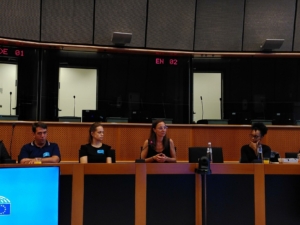 On Monday, the group headed to the European Parliament where they were able to have a tour and also meet with MEPs Patrick Breyer and Cornelia Ernst to discuss the further developments of EU Digital Legislation. In the afternoon the group joined another meeting with MEP Saskia Bricmont where they had the opportunity to learn more about her workings at the Committee on Civil Liberties, Justice, and Home Affairs, the Conference ended with the participants watching a session of the LIBE Committee at the EP.

Participation of Armend Duzha at the ARES Conference 2022

European Health Data Space: A New Vision for the Future of Healthcare in the...
Scroll to top