On the 7th and 8th of December 2022, the 15 Early Stage Researchers (ESRs) met again for the Conference on Data Sciences and EU Regulations and for the Technology Innovation in Law Laboratories (TILL) workshop in Toulouse, France. The events took place under the auspices of IRIT, Université Toulouse III – Paul Sabatier, one of the beneficiaries of the LeADS project. 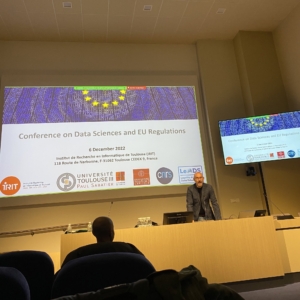 The conference continued with the LeADS ESRs’ poster session, where they presented the development of their research. 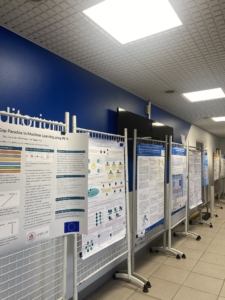 The third and final session was a panel discussion on “Best practices for digital technology development in the era of big regulation” with Gabriele Lenzini from University of Luxembourg, Jessica Eynard from Université Toulouse 1 Capitole, Nicolas Viallet from Université de Toulouse, and Teesta Bhandare from Art Garde. The panel covered many topics such as AI for art tokens, online age verification and children’s safety on the internet, and the relevant EU policy and regulatory measures.

On the second day, the ESRs gathered at IRIT again for the Technology Innovation in Law Laboratories (TILL)workshop. These two-part workshop series in the LeADS training program present the ESRs with the opportunity to do hands-on exploration of practical cases. The goal of the TILL workshops is to go beyond the conventional learning practices and focus on horizontal interactions and collaborative learning. TILLs also aim to prepare the ESRs for their upcoming secondments (at companies and regulators) in terms of knowledge transfer and in a more general pedagogical context seeking to reconcile the different vocabularies and practices around technology and law.

The first one of the TILL workshops was co-organised by the LeADS beneficiaries Vrije Universiteit Brussel (VUB) and University of Luxembourg. The practical cases to be worked on were provided by the LeADS partners TELLU, Italian Competition Authority (AGCM) and INDRA.

The workshop kicked off with an introduction by Imge Ozcan from VUB and Arianna Rossi and Marietjie Botes from University of Luxembourg. Following this introductory session, the workshop continued in breakout sessions where the ESR teams worked on the practical cases.

Team 1 was composed of ESRs Xengie Doan, Fatma Sumeyra Dogan, Aizhan Abdrassulova, and Soumia Elmestari. They worked on a use case on health personnel access to e-health data provided by TELLU. Supported by their mentors Arianna Rossi (University of Luxembourg) and Katarzyna Południak-Gierz (Jagiellonian University), the group of ESRs discussed solutions and proposed a health data management prototype that offers read access only to patient data, 2F authentication, encryption, and easy opt-out solutions. 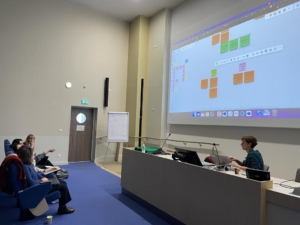 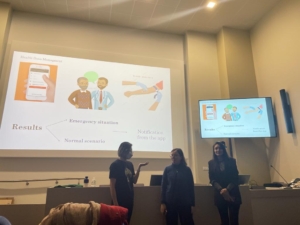 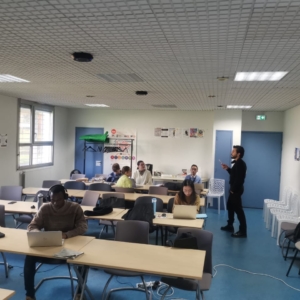 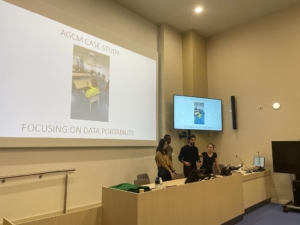 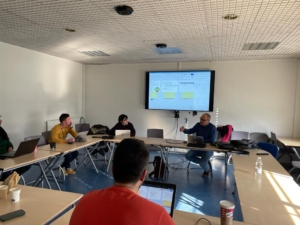 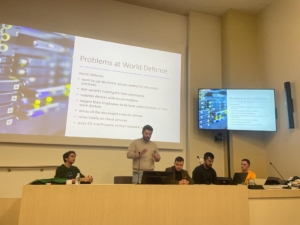 In the late afternoon, the ESR teams presented their findings in an interactive session and received questions and feedback from the LeADS members and other participants. Claudia Castillo Arias (INDRA), José Francisco Suárez Mulero(INDRA), Liubov Kokorina (TELLU) and Emanuel Weitschek (AGCM) also joined the interactive session to provide feedback on behalf of the partners that provided the practical cases.

The ESRs were encouraged to build on the work developed during this workshop and were offered further collaboration opportunities by LeADS partners and beneficiaries. The second TILL workshop will take place in December 2023.